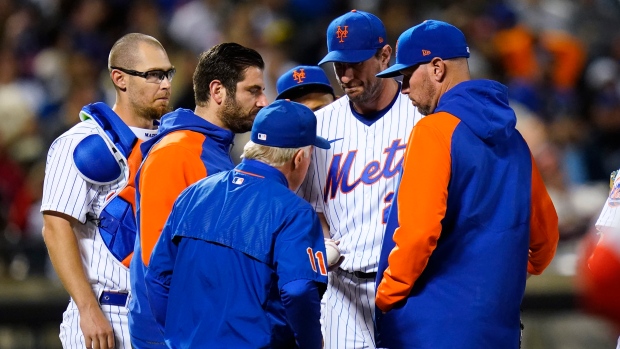 The move is retroactive to Thursday.

Scherzer left his start on Wednesday night after experiencing tightness in his side. An MRI performed Thursday revealed a moderate to high-grade internal oblique strain, according to the Mets. Scherzer is expected to be out six to eight weeks.

It is another blow to New York’s rotation. Ace Jacob deGrom has not pitched yet due to a stress reaction in his right scapula, and Tylor Megill is on the IL with right biceps tendinitis.