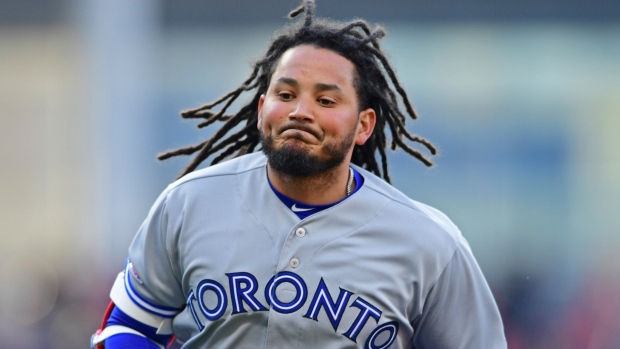 Freddy Galvis is heading back to the National League.

The 29-year-old middle infielder has been claimed off waivers from the Toronto Blue Jays by the Cincinnati Reds.

Can confirm Cincinnati Reds have claimed shortstop Freddy Galvis, per source. @ShiDavidi first on the news.

The native of Punto Fijo, Venezuela spent the first seven seasons of his career with the Philadelphia Phillies and San Diego Padres.

Galvis was signed as a free agent this past off-season by the Jays on a one-year, $4 million deal.

The Jays later added left-handed hitter Billy McKinney to the active roster and released minor league pitcher David Paulino, one of the three players who came over from the Houston Astros in the Roberto Osuna trade last summer.

The 24-year-old McKinney is hitting .216 with eight home runs and 19 RBIs over 56 games with the Jays this season.

If you’re wondering why Paulino was let go, it was more about character stuff than anything performance related. That’s followed him around for a while now.#BlueJays