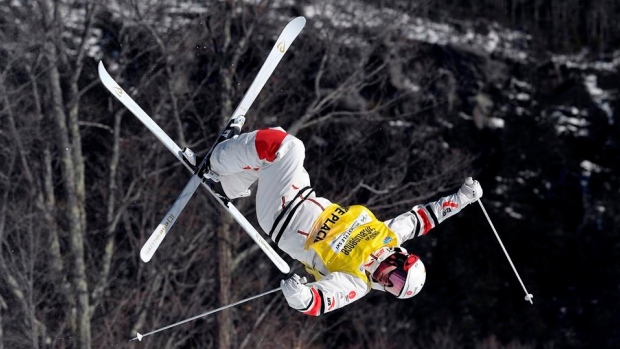 Kingsbury has nine wins in 11 World Cup starts the past two years. And the native of Deux Montagnes, Que., whose career average surpasses one victory for every two events (63 wins in 114 starts), shows no signs of slowing down.

In February, Kingsbury won the moguls and dual moguls at the 2019 freestyle world championship — a goal that was close to his heart after a disappointing performance two years earlier in Spain.

"I think that was the highlight of my 2019 season, to win the back-to-back at the world championships the year after the Olympics, and just hold all the titles right now," he said.

After capturing an eighth consecutive Crystal Globe as season champion, Kingsbury is also a repeat winner of the Lionel Conacher Award, given annually to Canada's top male athlete.

Kingsbury received 15 of 71 votes (21.1 per cent) in a Canadian Press survey of sports editors, reporters and broadcasters in newsrooms across the country.

Atlanta Braves pitcher Mike Soroka, who finished runner-up in National League rookie of the year voting after compiling a 13-4 record with a 2.68 ERA, finished second with 10 votes. Oklahoma State running back Chuba Hubbard and sprinter Andre De Grasse followed with nine votes each.

Tennis player Bianca Andreescu was named female athlete of the year Thursday. The team of the year will be announced Saturday.

Kingsbury said it was "super special" to regain top form in Utah after a disappointing performance in 2017.

"When I watched my first Olympics on TV, it was in Deer Valley on that course."

"He continues to dominate his sport as nobody has before," wrote Sylvain St-Laurent, head of sports for Le Droit d'Ottawa, to explain his vote for Kingsbury.

"I don't think it's wrong to say he's the best freestyle skier in the world and he can even be considered the best of all time, given his accomplishments," wrote Anthony Bruno of Global News.

Another legend of the sport said Kingsbury's mental strength makes him so dominant.

"His passion for the sport, above all," said retired skier Jean-Luc Brassard, who won gold in moguls at the 1994 Olympics. "He's also someone who has an insatiable pleasure to compete, not to mention his exemplary diligence in training."

"He also has an incredible capacity for anticipation. And since he also practised acrobatic jumps at the start of his career, he has a wealth of experience. He's ahead of his time since he's mastered jumps that aren't even authorized in competition yet. "

Michel Hamelin, the moguls team trainer who has known Kingsbury since he was 10 years old, noted Kingsbury's ability to adapt to different circumstances.

"In moguls, it's difficult because the courses change constantly," he said. "So, to win competition after competition the way Mick does, I find that exceptional."

Hamelin said the secret to Kingsbury's longevity at the top of the sport also reflects his undiminished love of taking on challenges.

"Like a kid who has fun with toys, Mick does that with his sport," Hamelin said.

While he has fun in competition, the 27-year-old takes nothing for granted.

"I love watching videos of my sport. I have videos of all the World Cups since 2002, and I know the descents of all the winners," he said.

Kingsbury also appears to be immune to pressure.

"I love competition. You see a lot of skiers training, but its a different story on course because of the stress and the pressure to do well," Kingsbury said. "Me, I'm fueled by pressure, by competition.

"In the summer, what I miss the most is not skiing, it's being in the starting gate, the last to go, having all the spotlights on me and having the feeling that I can stand out."

Kingsbury appears to take pleasure in having a target on his back.

"We still have a few little things he hasn't tried yet in competition, whether it's jumps with grabs, a little higher amplitudes, with one more spin," Hamelin said. "We should be going in that direction this year."

Kingsbury, for his part, says he still has goals to reach.

"In World Cups, it's far from a perfect record," he said. "I'm not saying I'm going to win every race, but continuing to take risks, to ski to the best of my abilities and stay consistent," he said.

After taking a break over the next two weeks, Kingsbury will be back on the prowl for his ninth consecutive Crystal Globe in front of his home crowd at Quebec's Mont-Tremblant at the end of January.

This report by The Canadian Press was first published Dec 27. 2019