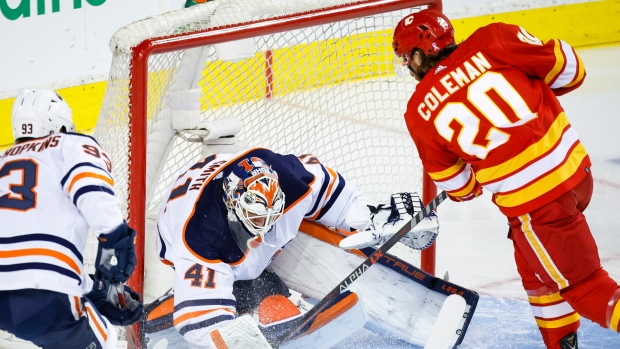 Following a 9-6 loss to the Calgary Flames in the opener of their second-round series, the Edmonton Oilers will stick with Mike Smith as the starting goalie for Game 2 on Friday, TSN's Ryan Rishaug reports.

Woodcroft confirms Smith starting game 2. Went out of his way to mention it.

Smith was pulled just over six minutes into the Battle of Alberta on Wednesday after allowing three goals on 10 shots.

His replacement Mikko Koskinen, 33, surrendered five goals on 37 shots. The Flames added an empty-netter to secure the win.

Smith, 40, has made eight appearances so far in the playoffs and is 4-3 with a 2.68 goals-against average, 930 save percentage and two shutouts.