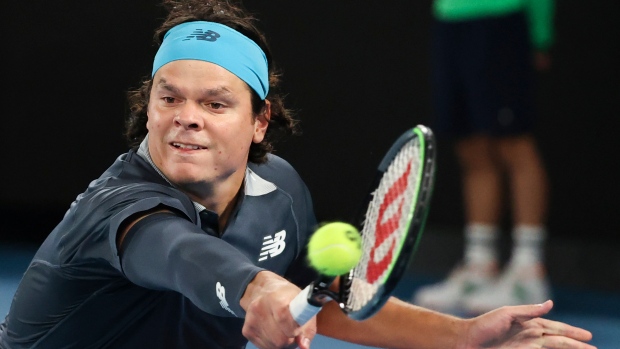 Canadian Milos Raonic is withdrawing from next week's Western and Southern Open in Cincinnati because of a heel injury, it was announced Wednesday.

He was the runner-up at the event last year, which was held inside the @USOpen bubble in New York https://t.co/SfjlPuEJoO

Raonic was the runner-up at the event last year, which was held inside the US Open bubble in New York.

The No. 23-ranked player in the world was last in action in July when he fell to Brandon Nakashima in the Round of 16 in Atlanta. His last ATP title came in 2016 in Brisbane.

It was announced Wednesday that Rafael Nadal will also miss the ATP Cincinnati stop because of a foot injury, joining Roger Federer, Serena Williams, Venus Williams, Novak Djokovic and Sofia Kenin as high-profile names not in action next week.