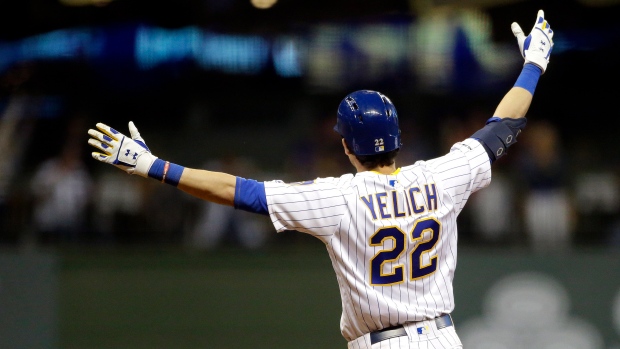 The Milwaukee Brewers have backed up the truck for Christian Yelich.

On Friday, the team officially confirmed a new deal for the 2018 National League Most Valuable Player that will pay him $215 million over the next nine seasons.

The 28-year-old outfielder had two seasons on his remaining contract, making the extension worth $188.5 million over seven seasons, taking him through 2028.

There is a mutual option for the 2029 season in which Yelich will be 37.

A native of Thousand Oaks, CA, Yelich hit 36 homers and 110 RBIs with a league leading .326 batting average for the Brewers in his MVP season.

Last season, Yelich hit 44 homers with 97 RBIs and once again led the league with a .329 batting average.  He finished second in voting for the MVP award despite missing 32 games with a fractured right kneecap that prematurely ended his season.

Yelich is heading into his eighth big league season and third with the Brewers. He spent the first five years of his career with the Miami Marlins.