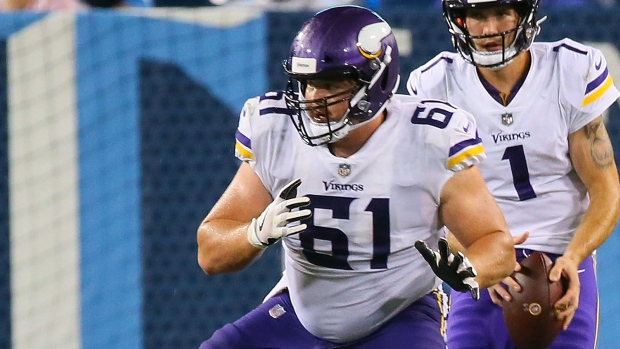 The #Vikings have re-signed C @brettjones69.

Jones played in two games for the Vikings last season before spending time on the injured reserve.

Jones originally signed in the NFL with the New York Giants after two standout seasons with the Calgary Stampeders in the CFL.