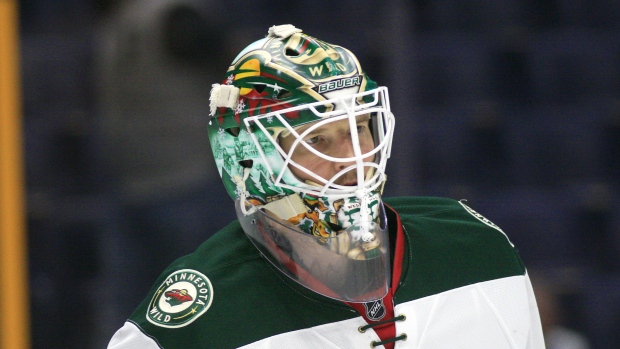 While the NHL Players' Association approved further negotiations with the NHL on the proposed 24-team format to award the Stanley Cup in 2020 last week, Devan Dubnyk points out that many questions remain before the league can chart its return.

Dubnyk, who represents the Minnesota Wild on the NHL Players' Association’s executive board, told The Athletic on Monday that the two sides "still have a long way to go."

“We voted strictly on the format,” Dubnyk explained. “In other words, ‘If we are to come back, this is how it’s going to be played.’ But we have not even touched on logistics or cities or travel or testing or how the economics will work or what this quarantine bubble [the players are] supposed to live in will be like or any of that stuff yet.

“Nothing else has been voted on … yet.”

Dubnyk explaining what should have been clear to everyone, but I guess wasn't for some, that the vote last Thursday was on the format only. Still lots of issues that have to be negotiated before (if) we see hockey games this summer/fall. https://t.co/cMIfdUBWXs

The NHLPA said on Friday following the successful executive board vote that several details “remain to be negotiated” and an agreement on the format would “still be subject to the parties reaching agreement on all issues relevant to resuming play.”

Dubnyk added that many specifics remain in question, such as whether the league will use a hub city or cities, what the restrictions will be for players in that scenario and how much testing will be required.