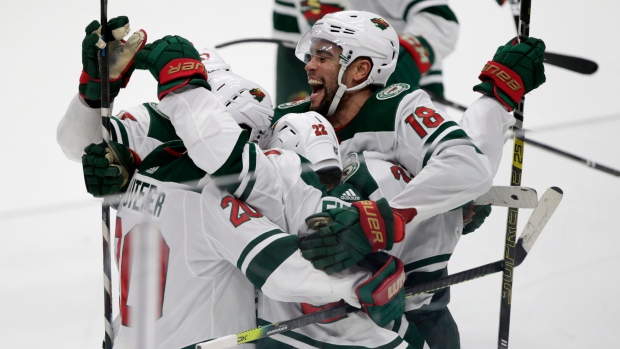 Guerin said he has no plans to interview coaches while the league continues to sit on hiatus amid the evolving COVID-19 situation.

"Other people can do what they want, but to me personally, it doesn't seem the time or place to do that," Guerin told Gulitti. "If we come back (this season), hopefully we do, we already went through one coaching change. I want to give the guys the consistency of Dean's thoughts and give Dean that opportunity, too. And I'm very happy with him."

"He's done a great job and the guys have responded well," Guerin said. "He's got good communication with the players. He's got an ability to see it as a former player. I like the passion that he brings, but also the detail in the game that he brings. Dean's a good coach."

Evason took over from Bruce Boudreau behind the bench, who was let go by the Wild on Feb. 14.

Minnesota has gone 8-4-0 under their new bench boss and sits just one point out the second wild-card spot behind the Vancouver Canucks and Nashville Predators when play was paused on March 12. For the season, the Wild are 35-27-7.