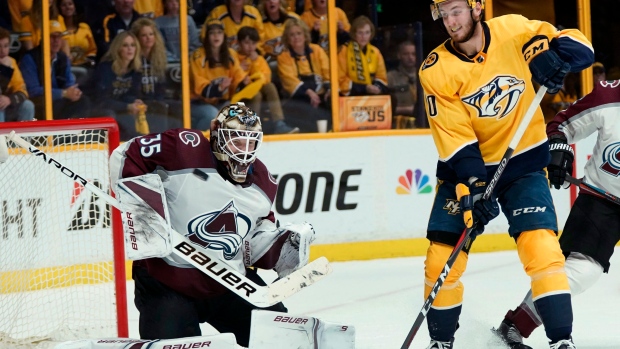 The Minnesota Wild signed veteran goalie Andrew Hammond to a one-year, two-way contract on Wednesday and announced that goaltender Alex Stalock is out indefinitely with an upper-body injury.

The 32-year-old netminder has played a total of 56 games spread across five different seasons in the NHL. Fifty-five of those games were spent with the Ottawa Senators, while Hammond also played one game for the Colorado Avalanche during the 2017-18 campaign.

He owns a career save percentage of .923 and a goals-against average of 2.31 for his NHL career.

The Surrey, B.C., native spent last season with the AHL's Rochester Americans, posting a .908 save percentage of 2.53 GAA.