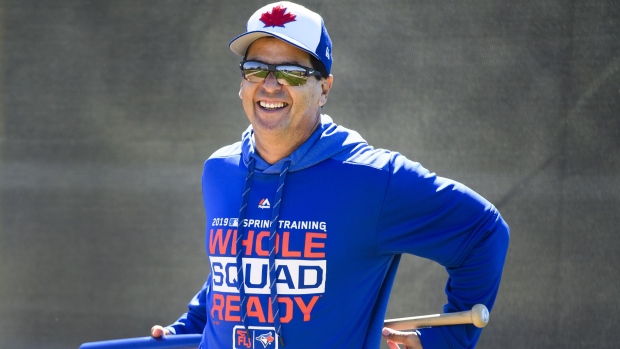 TORONTO — In reality, whether you’re Brian Cashman, Perry Minasian or Ross Atkins, the most important part of the pitch is always the same.

For every single free agent, the conversation begins and ends with Benjamins and long-term security.

An additional year or a few extra million can usually be the separator between a deal getting done or not, and there’s recent evidence of the Toronto Blue Jays going that extra mile to secure Hyun-Jin Ryu’s services a year ago.

From there, however, each individual player’s free-agent case and priorities are highly personal.

Some will be wooed by Cashman’s offer of pinstripes and the New York backdrop, while Minasian, the first-year Los Angeles Angels GM and a former Alex Anthopoulos disciple in both Toronto and Atlanta, can use laid-back California living and partnering with Mike Trout as carrots.

Oftentimes, geography, weather, taxes, schools, and many other family considerations are deciding factors when it comes to free agents making a final decision between multiple market-value offers.

It takes interest on both sides to get a deal done, but in the end the player is the one making the decision on where they want to work.

For Atkins, manager Charlie Montoyo and the Jays, the main drawing card is clear: A roster loaded with young talent.

“They see it like everybody else,” Montoyo said Friday on a Zoom call, outlining the pitch the organization has been giving to players and agents since free agency opened last month. “They’re excited when they’re talking to us because they know we have a chance to be really good.”

Aside from that obvious starting point when talking to high-end free agents like George Springer and D.J. LeMahieu, the pitch gets interesting from there.

The two long-time narratives of players not wanting to cross the Canadian border and the challenge of competing with the deep-pocketed teams in the AL East remain to an extent, but those questions have changed over time, especially in the weird world that is 2020.

While Cashman can point to Yankee Stadium and have human resources go over plush condo options on the Upper East Side, the Jays’ short-term pitch has become highly complicated by the pandemic.

If an open border has created unfamiliarity questions for free agents in the past, a closed border and the problems that can present certainly does, too.

“The No. 1 question is if we’re going to play in Toronto, and that’s rightly so,” Montoyo said. “Our answer is, ‘Yeah, we’re hoping so, that we do play in Toronto.’ Then they also ask about the border and their families and stuff.”

The problem, however, is there’s really no concrete answer and won’t be until as late as March, long after most free agents have made their decisions.

Some players may look past it as a short-term issue.

On the other hand, a few may rule it out entirely when the uncertainty in Toronto is weighed against certainty elsewhere.

“When I’m on those calls and I’m listening to Mark [Shapiro] and Ross talk, it’s exciting,” Montoyo said. “I love their honesty, how they talk about Toronto, about the people, about the diversity of our city, how great the city is. People think it’s tough to cross the border and stuff, but you get the NEXUS card, as you know, it’s not that tough. Because that question comes up, how the border is and how tough it is to get there.”

Earlier this week, the most powerful agent in the game, Scott Boras, shed light on how he’s advising his clients to view one of the most active teams in a very slow-moving free-agent market.

Boras – with commission and the value of market competition in mind, of course – is pointing to the light at the end of the tunnel.

“Obviously, with the situation with COVID and the government and having to play in a place other than Toronto, it raises players’ concerns, but the club has been very forthright about their position on that and the timing of it and what they think, how that will play out in 2021,” Boras said. “Canada has done a great job with the management of COVID. As to the decisions that their government makes about what they do with their country, I mean, I think we all respect that and players do, as well. I think the good thing about the vaccine and where we’re headed is that the players now have the ability to know that this process will be over in a period of time.

“The people that are really in the know that can answer this is that Mark [Shapiro] has told me he’s been in close contact with the government of Canada and what their process is and where they’re going. They were very encouraged that there is a shorter timeline for baseball to return in the city and, certainly, I think players understand that the timeframe is now more in sight in the immediate than something that will be a long-term problem.”

After being the only team to offer Ryu a fourth year and then handing fifth-overall pick Austin Martin a franchise record, above-slot signing bonus, the relationship between the Jays and Boras has never been better.

That goes back to money doing the talking for free agents.

With a window of contention now fully open and Rogers seemingly one of the few ownership groups around baseball ready and willing to spend, agents are going to say nice things about Toronto, the Jays, and maybe even the Leafs if that’s what it takes to get the best deal for their clients.

It remains to be seen if the Jays will improve this winter, but it’s impossible to question their desire to do so.

Despite all of the uncertainty surrounding Toronto from a pandemic point of view, an unscientific, small-sample-size survey of those within the game believe a roster ready to win and a slightly above market offer is the perfect cocktail to assuage those concerns.

“They really feel this is a now time for them,” Boras said. “I said before that they built the lamp and now they’re looking for the right lightbulbs. I think they’re in ready pursuit of a group of players that they think can be additions to the core they’ve built. I think they’re very confident that those additions will lead them to levels that they haven’t been at for some time.”