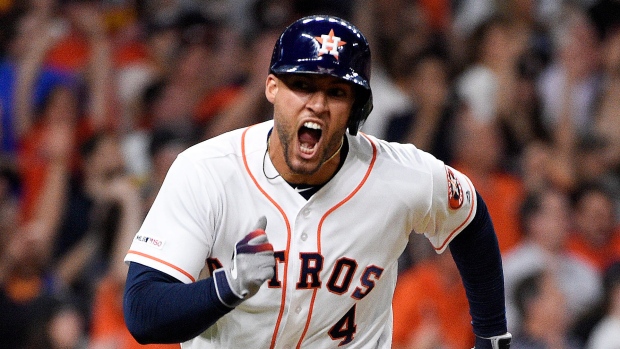 TORONTO — Anyone can negotiate and show interest.

But business is all about closing, and the Toronto Blue Jays need to show they can do just that in the coming days.

After weeks of consternation regarding various whiffs on a handful of free agents and complicated trade opportunities, we’ve arrived at the point the Jays always thought they’d be in their chase of George Springer.

While DJ LeMahieu, Ha-Seong Kim and Tomoyuki Sugano were disappointing near-misses when it comes to adding players who clearly fit the roster picture in a variety of ways and provide upside, Springer has always been the prize and clear priority.

The Jays were content to wait until the 31-year-old centre fielder was ready to make a decision, and, finally, as the calendar threatens February and pitchers and catchers are a month away from reporting, that appears to be imminent.

Nobody starts with their best offer in free agency. Posturing ensues.

With a pandemic in the background, this winter has been especially slow.

But it’s offer-upping season and the Jays are positioned well to do so in the same way they started spending 13 months ago.

The blueprint for securing Springer’s power/on-base combo, one that would help lengthen the Blue Jays’ lineup and provide important presence and production around the kids, is blatantly obvious, too.

A little more than a year ago, when most saw a three-year threshold for an injury-prone 33-year-old pitcher, the Jays were the only team to offer Hyun-Jin Ryu a lucrative fourth year. It got the deal done with agent Scott Boras and, after one season, it looks pretty positive heading into the final three years and $60 million of the pact.

The Jays aren’t a playoff team in 2020 without Ryu, and they may not even be able to chase Springer this winter if the Korean lefty isn’t already in place to provide some semblance of stability atop the rotation – one that still needs a lot of work, by the way.

That’s the step-by-step process taking place to augment the core, and it can’t all be done in one off-season. Next year will be another opportunity in a deep free agent class.

To lure Springer away from the deep-pocketed and very interested New York Mets, the Jays will have to go above and beyond again.

This time, however, it’s for a much safer investment in an age-31 outfielder who should be able to stick in centre for a handful of those years, before maybe finishing out the contract in right field as his legs age.

Reports out of New York last month suggested Springer was seeking a deal in the range of $150 million or more, which isn’t far off from the five-year, $125-million deal that seemed like his floor as far back as last March.

While the Connecticut native has made noise about preferring to stay close to home, the Mets may have to go over the luxury tax to do so, which may or may not interest new owner Steve Cohen, a man with bigger issues to tend to after having to embarrassingly fire GM Jared Porter on Tuesday morning.

With Sandy Alderson overseeing things, that’s unlikely to impact the Mets’ chase of Springer, but the upcoming Francisco Lindor investment surely will and it’s a budget puzzle only the Mets front office can put together at this point.

If they want Springer and the luxury tax isn’t a concern, they’ll likely get him.

But the Jays, who have made an offer of $100-plus million already, should have no problem getting to six years and $150 million for Springer.

If that somehow doesn’t get it done and the Jays were being used as leverage all along, they could still pivot to NL Cy Young winner Trevor Bauer, who’s seeking in excess of $35 million per year.

Would five years and $175 million be enough to lure Bauer to Toronto? A couple of people in the know say it just might be … if the Jays are willing to go there.

Despite some concerns surrounding where they’ll start the 2021 season, the Jays are legitimately seen an intriguing destination for free agents because of the ready-to-contend roster. This week they’ve started rebuilding the bullpen by signing reclamation project Tyler Chatwood to an incentive-laden one-year deal, while also inching closer to an agreement with former San Diego Padres all-star closer Kirby Yates.

Those are simply depth moves independent of the big splash.

Make no mistake, the big splash is needed, and the entire off-season is going to be judged on the front office’s ability — or inability — to close.​