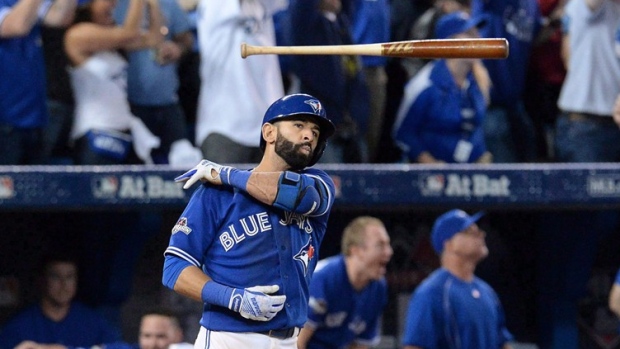 Opening Day of the 2020 Major League Baseball season was scheduled for March 26, but has been pushed back at least several weeks due to COVID-19.

To fill the void for baseball fans, MLB will present 'Opening Day at Home' on Thursday.

The event is a full slate of 30 games that will be broadcasted nationally on MLB.com, and across a number of MLB social media platforms.

Each team will have its own winning game for fans to watch. Games will include postseason wins, dramatic comebacks, perfect games and more.

Toronto Blue Jays fans will get the opportunity to relive Game 5 of the 2015 American League Divisional Round, also known as “The Bat Flip Game.”

The action begins Thursday morning at 8:30 a.m. ET, with the Pittsburgh Pirates 2013 Wild Card Round win over the Cincinnati Reds in front of a crazy PNC Park crowd, and ends with Madison Bumgarner's Game 7 performance in the 2014 World Series at 10:30 p.m. ET.