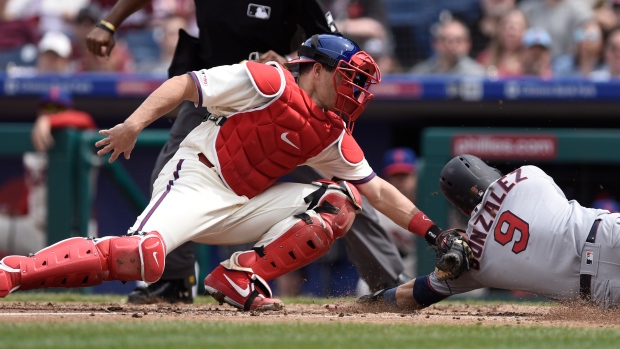 There’s a franchise catcher and a handful of interesting shortstops, but the group of free- agent infielders available in a few months is one that comes with a lot of question marks.

After running through the overall top 25, outfielders and relievers, we shift to the infield, where J.T. Realmuto is the prize this winter.

But once you get past one of the best catchers in the game, most of the best talent available comes with questions about legitimacy, ceiling or age.

Adding a major wrinkle to things is the loaded shortstop class set to be available following the 2021 season, one that could affect how this year’s trio is viewed. 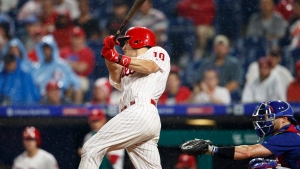 It’s not often a franchise catcher right in the middle of his prime hits the open market, but that’s where things stand with Realmuto, who’s reportedly seeking $30 million annually. While he won’t get that, a nine-figure deal for the most complete catcher in baseball is surely in the cards. 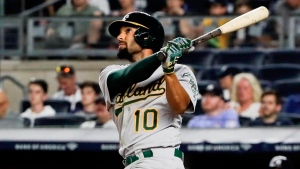 Semien will be one of the more interesting cases to monitor this winter. Coming off a monster 7.6 fWAR season that saw him hit 33 home runs and finish third in American League MVP voting, it’s hard to tell if a wiped-out season would hurt or help Semien. On one hand, teams really wanted to see if he could do it again in 2020, but that mysteriousness is surely better than going out and looking like the .250/.312/.407 hitter that he was with the A’s from 2015 through 2018. Semien’s 2019 season could be an outlier, but it also could be the start of a special run. He’s risky. 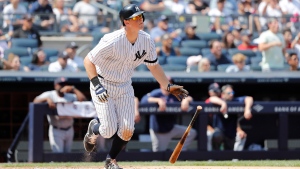 Another reason Semien could be seen as risky in this free agent class is the fact there’s two more veteran shortstop options available right behind him. Simmons could be the second-best player in the entire class behind Mookie Betts if he can get back to hitting like he did in 2017 and 2018, output that made him a 5-plus fWAR cornerstone shortstop thanks to his Hall of Fame-level glove. Simmons and Gregorius will have to get whatever dollars they can this winter because Francisco Lindor, Javier Baez, Carlos Correa, Trevor Story and Corey Seager are all currently set to flood the shortstop market following the 2021 season. 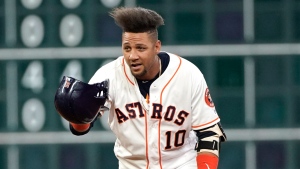 A couple of very productive corner infield bats, Turner will benefit from being the best third baseman available by a wide margin, while Gurriel’s career year with the stick in 2019 – 31 homers and a .298 batting average – and defensive versatility will attract teams. 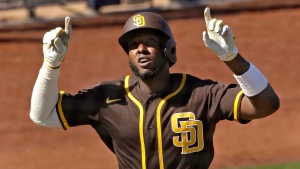 These three players are seen as second basemen by trade, but they’ve all dabbled in centre field recently, as well. Villar has been a stat-stuffing fantasy monster for a handful of years, and is coming off a 24-homer, 40-steal campaign with the Baltimore Orioles. Despite that, the O’s didn’t have much use for him and sent Villar to Miami where they’ll try him in centre for the first time since 2017. Hernandez, on the other hand, posted a plus-13 Defensive Runs Saved at second base last year, so we know where his best spot is, but it’s his ability to play just about every position on the diamond that will interest teams. Profar, the former top prospect in all of baseball, enters another make-or-break season, but he’s still only 27 in 2020. 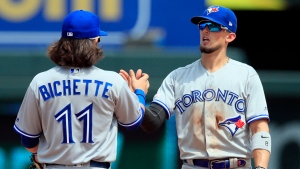 There are two ways this alignment could change, and maybe fairly quickly.

The Jays are currently committed to Vladdy Jr. at the hot corner for 2020, but that situation is going to be evaluated on a month-to-month basis from here on out.

If he makes progress and stays at third base, the Jays will have a hole to fill across the diamond at first base.

If he continues to struggle with the glove, third base is suddenly the long-term hole.

For Biggio, it’s his versatility that gives the Jays’ front office options.

The two players who stand out most on this list are Gurriel and Hernandez.

Reuniting Yuli with brother Lourdes in Toronto would be something the Gurriel family would love back in Cuba, but you can envision a fit thanks to his defensive versatility if the price is right on a short-term deal.

Hernandez would immediately give manager Charlie Montoyo a chess piece that has seen time at every spot outside of catcher over the last six seasons, while his .829 OPS against lefties would help, as well.​