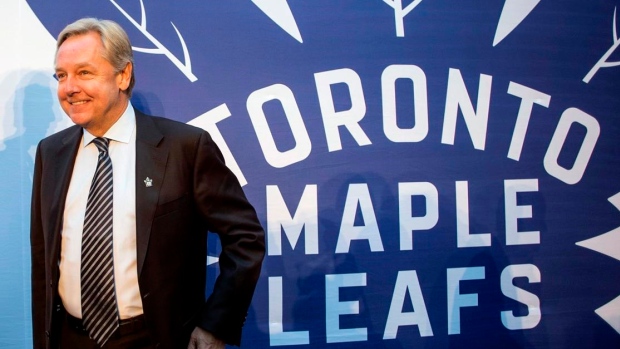 Maple Leafs Sports & Entertainment are set for a change at the top of the organization.

The parent company of the Toronto Maple Leafs, Toronto Raptors, Toronto Argonauts and Toronto FC announced on Tuesday that president and CEO Michael Friisdahl will step down at the end of next month to join Signature Aviation as its chairman.

“Michael’s leadership over the past six years has been incredibly important as the organization navigated through the highs of our successes and the challenges of managing the unprecedented impact of the COVID-19 pandemic these past two years,” MLSE chairman Larry Tannenbaum said in a statement. “Through it all, Michael raised the bar in every area of MLSE’s operation, and most importantly, made sure that the organization prioritized our leadership role in the community including finding impactful ways to help our city and its citizens recover from the pandemic. On behalf of the board, and the entire company, I thank Michael for his many contributions to MLSE and wish him the best in this next chapter of his career.”

His new venture marks a return to a familiar sector for Friisdahl. Prior to joining MLSE, Friisdahl served as president and CEO for the Air Canada Leisure Group and CEO of Thomas Cook North America.

“Leading this organization for the past six years has been a highlight of my career and I am so proud of the organization’s accomplishments and the commitment shown by MLSE employees every day, but especially during the challenges of the past two years,” Friisdahl said in a statement. “I am incredibly grateful to the entire ownership group, including Larry, [Bell president] Mirko [Bibic] and [Rogers chairman] Edward [Rogers], for their support just as I am to every member of the organization. I wish MLSE, its owners, its employees, teams and fans every success in the years to come.”

The organization says the search for Friisdahl's replacement will begin immediately.