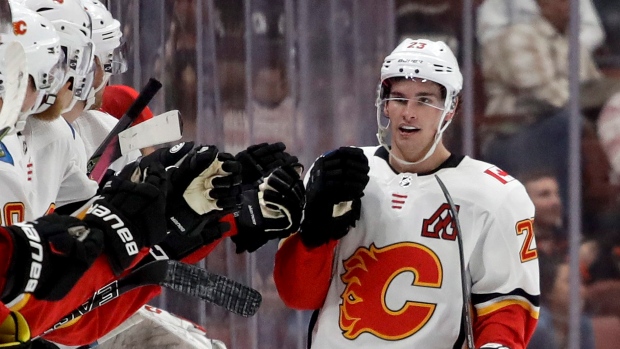 Calgary Flames forward Sean Monahan revealed on Monday that he has undergone four different surgeries since his season was ended on March 24.

Sean Monahan had 4 surgeries since being taken out of the lineup: reconstructive wrist surgery, surgery on both hips and surgery on his groin... unbelievable. #Flames

In his exit interview following the conclusion of the Flames' season, the 23-year-old native of Brampton, Ont., underwent surgeries on both hips, his groin and a reconstruction of his wrists.

Monahan says that he expects to be at 100 per cent within three months.

Following his surgery, Sean Monahan expects to be 100% in 3 months. pic.twitter.com/Qgh8ZyRjWg

Monahan appeared in 74 games this season, scoring 31 goals and adding 33 assists for the highest point total of his five-year NHL career.