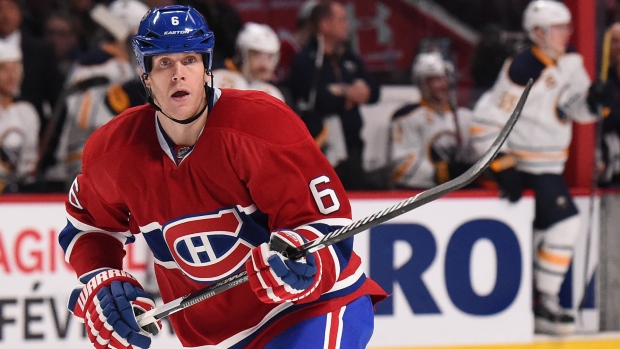 The team has recalled Lucas Lessio from the Portland Pirates (AHL), - Sarah McLellan

The team has no immediate plans to bring David Pastrnak back to Boston after the World Juniors. – Boston Herald

It is unknown when Simon Gagne will return to the Bruins following the death of his father. – Boston Herald

Patrice Bergeron was not on the ice for practice. It was a maintenance day. - Team Tweet

Cody McCormick did not skate today and is questionable for tomorrow. - Team Twitter

Phil Varone has been recalled from the Rochester Americans (AHL). - Team Tweet

Corey Crawford will start on Tuesday. Marian Hossa did not practice but will play tomorrow. - CSN Chicago

Adam Cracknell has been placed on waivers. Cam Atkinson and Mark Letestu are expected to return on Tuesday. - Aaron Portzline, Columbus Dispatch

Tyler Graovac has been assigned to the Iowa Wild (AHL). - Team Tweet

Defenceman Bryan Allen is not at practice today and will be placed on waivers.- Team Tweet

P.A. Parenteau is not at practice (upper-body injury) and will not play tomorrow. - Team Tweet

Carey Price is the NHL's Third Star of the Week. - NHL

Miikka Salomaki has been assigned to the Milwaukee Admirals (AHL). - Team Tweet

Defenceman Marc Methot has returned from an AHL conditioning assignment and will practice with the team today. – Team Tweet

The team recalled forward Ryan White from the Lehigh-Valley Phantoms (AHL) and placed him on waivers. – Team Tweet

Claude Giroux is day-to-day with a lower-body injury. - Team Tweet

Tyler Kennedy will join the team on its road trip but is not expected to return. - CSN Bay Area

Freddie Hamilton has been recalled from the Worcester Sharks (AHL). - Team Tweet

Head coach Randy Carlyle missed practice because of a pre-op appointment for a procedure scheduled during the all-star break. He will be back with the team tomorrow.  – Sheri Forde, TSN

Alex Ovechkin has been named the NHL's Second Star of the Week. - NHL

Grant Clitsome is listed as day-to-day but it could be a week or two before he plays. - Team Tweet