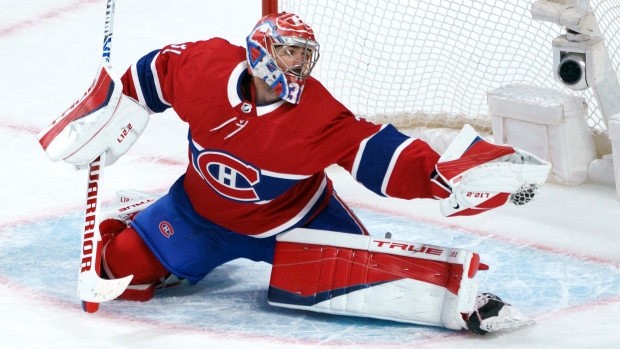 Montreal Canadiens goaltender Carey Price has met with doctors and will restart rehabilitation on his torn meniscus, according to TSN's John Lu. Price will be out indefinitely as he continues to work his way back to full health.

Price has not played this season after spending time in the NHL/NHLPA player assistance program. The Anahim Lake, B.C. native had a 12-7-5 record last season with a .901 save percentage and 2.64 GAA.