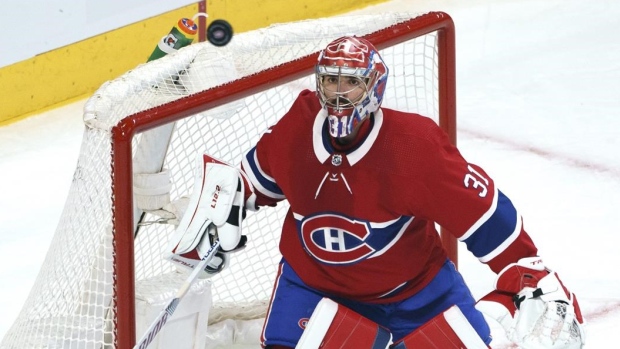 Montreal Canadiens goalie Carey Price is scheduled to see a New York doctor this week in regards to a knee issue which could potentially lead to surgery, according to TSN Hockey Insider Pierre LeBrun.

Told that Carey Price is scheduled to see a doc in New York this week regarding a knee issue which could potentially lead to surgery. The hope is that it’s not too serious.

The hope is that the injury is not too serious, notes LeBrun.

LeBrun also can confirm that Price will have his hip checked out as well, but potential surgery is only related to the knee.

As @frank_seravalli reported, I also believe Price will have his hip checked out. But the potential surgery I’m told is knee related

Price waived his no-movement clause, allowing the Habs to protect backup Jake Allen in the Seattle Kraken expansion draft. As a result, Price is available and can be picked up on Wednesday night in the draft.

Price has five years remaining on his current contract with an AAV of $10.5 million and also has a $11 million signing bonus due in September.

Price also started all 22 games during the playoffs as the Canadiens advanced to the Stanley Cup Final against the Tampa Bay Lightning.