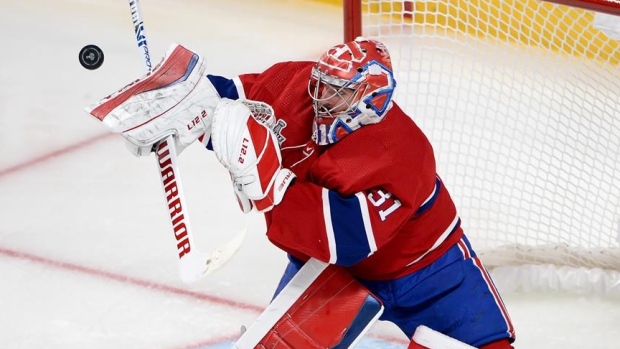 Carey Price's season debut continues to be put on hold as the veteran Montreal Canadiens goalie will not skate this week, instead working off-ice in the gym.

#Habs advise Price will not skate this week; he is working off-ice in the gym.

Chiarot will practise with the team for the next week until he returns from IR.

Dvorak is practising with the team but has not been cleared to play.@TSN_Edge

Price, 34, underwent off-season knee surgery following Montreal's run to the Stanley Cup Final last summer and is still working his way back to playing shape. He has been able to skate in full equipment during his recovery. Price also entered the NHL's player assistance program in October for mental health and substance abuse reasons.

After being selected fifth overall by the Habs in 2005, Price has spent his entire 15-year career in Montreal, winning the Hart Memorial Trophy and Vezina Trophy in 2015.

In other injury news, defenceman Ben Chiarot will practice with the team until he returns from the injured reserve next week while Christian Dvorak practiced with the team on Tuesday, but is still not ready to return. Dvorak hasn't played since Jan. 24 with an upper-body injury.