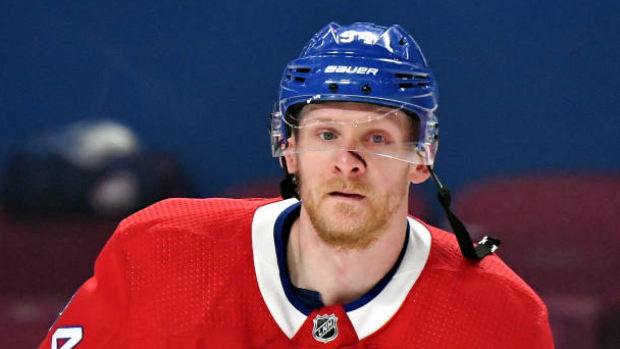 According to his agent, Corey Perry's impactful postseason with the Montreal Canadiens almost never was.

The Canadiens waived Perry prior to the start of the regular season to place him on the taxi squad and, with the winger wanting to stay in Montreal, his agent Pat Morris called potential teams with interest in an attempt to ward them off. According to Morris, the calls were enough to sway two teams from claiming the 36-year-old.

“Two of the teams said, ‘We were going to put in a claim until this call. We’ll respect his career.'”

Perry, who had nine goals and 21 points in 49 games during the regular season, has three goals and eight points in 15 games this postseason. He's played a key role in helping the Canadiens reach the third round of the playoffs for the first time since 2014.

A Stanley Cup winner with the Anaheim Ducks in 2007, Perry joined the Canadiens on a one-year, $750,00 contract in December. He spent the 2019-20 on a one-year deal with the Dallas Stars, posting five goals and nine points in 27 games as the team reached the Stanley Cup Final.

A veteran of 16 NHL seasons, Perry has missed the playoffs just three times over the course of his career, which spans 1,094 games.

The Canadiens are currently tied 2-2 with the Vegas Golden Knights in their third round series, with Game 5 taking place Tuesday.