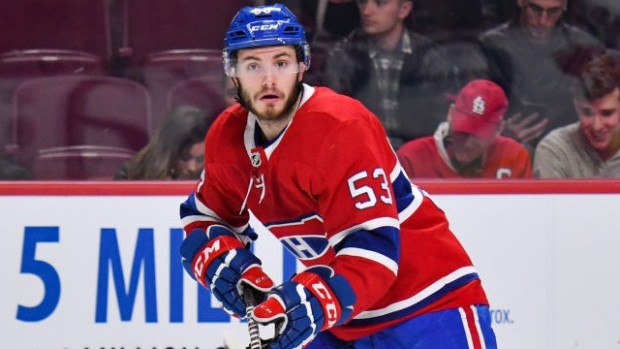 Montreal Canadiens defenceman Victor Mete has asked for a trade, according to TSN's Salim Valji.

Some news - Victor Mete, who has been scratched in each of the Montreal Canadiens' seven games this season, has officially requested a trade from the team.

Agent Darren Ferris and the Montreal Canadiens will work together in finding a trade partner.

Mete’s agent Darren Ferris:
“There isn’t opportunity to get in the lineup. it’s best for both the player and the team.” https://t.co/kTgkie4c6Q

"There isn't opportunity to get in the lineup. It's best for both the player and the team," Mete's agent Darren Ferris told TSN Hockey Insider Pierre LeBrun.

Response from Habs GM Marc Bergevin regarding Mete trade request:
“Not true and not trading him,” Bergevin said via text message. https://t.co/lS1Uy93xv7

Per LeBrun, Habs general manager Marc Bergevin responded to the Mete trade request via text message saying, "Not true and not trading him."

The Woodbridge, ON native had four goals and 11 points in 51 games last season. He had two assists in 10 playoff games in the NHL’s Return to Play.

Drafted in the fourth round (100th overall) by Montreal at the 2016 NHL Draft, Mete made the Canadiens as a 19-year-old after three seasons with the OHL’s London Knights.