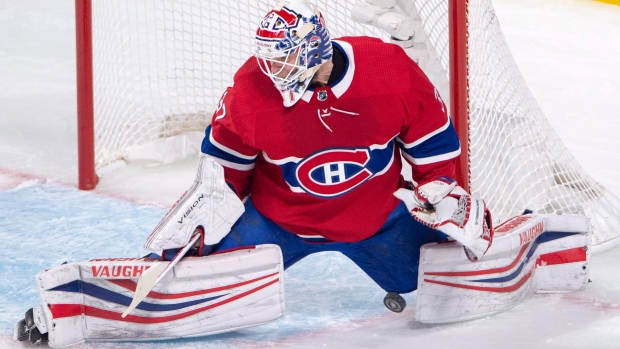 After 11 years in the NHL, Antti Niemi is headed overseas.

The veteran goaltender signed a one-year deal with Jokerit Helsinki of the KHL on Wednesday.

The move comes two months after Montreal Canadiens general manager Marc Bergevin said at his season-ending news conference that Niemi, an unrestricted free agent on July 1, would not be re-signed by the team.

#Jokerit is delighted to announce that the club has agreed to terms on a one-year deal with goalie Antti Niemi and a one-year contract extension with @SamiLepisto with the option to extend for another year. #KHL pic.twitter.com/OqWEPWHFeE

A native of Vantaa, Finland, Niemi leaves the NHL with a career record 242-140-57 with a 2.57 goal-against average and a .912 save percentage over 463 games with the Chicago Blackhawks, San Jose Sharks, Dallas Stars, Pittsburgh Penguins, Florida Panthers and Canadiens.