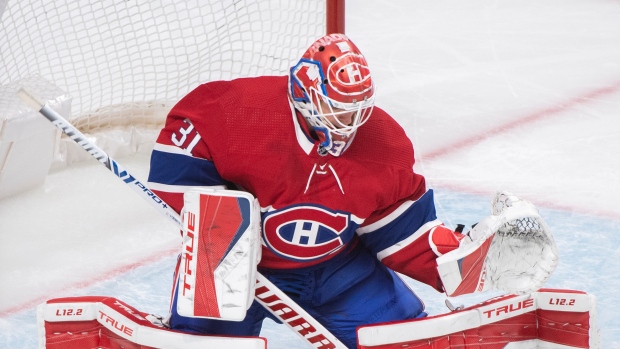 The Montreal Canadiens could be close to full strength when they open their postseason, head coach Dominique Ducharme said Tuesday.

Speaking in French, Ducharme said that he’s “Not 100 per cent sure, but close to it,” that Carey Price, Shea Weber, Brendan Gallagher and Phillip Danault will be ready for the start of the playoffs.

Price participated in his first full practice with the team on Tuesday since being sidelined with a concussion on April 19.

#Habs Price looks like he’ll take part in his first full practice since suffering a concussion on April 19. @TSN_Edge pic.twitter.com/MHvLItyKKY

The 33-year-old, who skated on Monday after the morning skate with goalie coach Sean Burke and the gameday scratches, has a 12-7-5 record this season with a .901 save percentage and a 2.64 goals-against average.

On the short-term injury front, Ducharme said that Josh Anderson is questionable for Wednesday's regular-season finale against the Edmonton Oilers. Anderson was injured in the third period on Monday night but finished the game. He skipped practice Tuesday for maintenance.

In his first season with the Habs, Anderson had 17 goals and seven assists in 52 games.

The Habs secured the final playoff spot in the North Division on Monday night in a 4-3 overtime loss to the Oilers. The team has one regular season game remaining on their schedule.