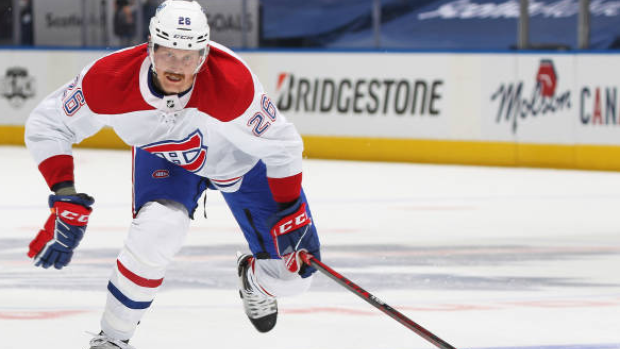 The Canadiens completed their sweep of the Winnipeg Jets in Game 4 on Monday without Petry, who is dealing with an upper-body injury.

The team is still awaiting their opponent for their third-round series, which will be the winner of the Vegas Golden Knights and Colorado Avalanche series.

The expectation is that if Jeff Petry can't play in Game 1 of the next round, he should be back "early in the series."

Jake Evans worked out in the gym yesterday, so that's another sign of progress. Playing next round is a possibility.

Petry appeared to be injured when he got his right pinky finger caught in a camera hole in the glass during the second period of Sunday's 5-1 win in Game 3. He went to the locker room, but was able to return to action and finish the period on the bench.

The 33-year-old played 16:02 over the first two periods of the game and was a plus-1. He did not play in the third period.

Rookie Alexander Romanov made his playoff debut in place of Petry in Game 4.

Ducharme also provided an update on Jake Evans Wednesday, noting the injured centre worked out in the gym Tuesday with teammates as he recovers from a concussion.