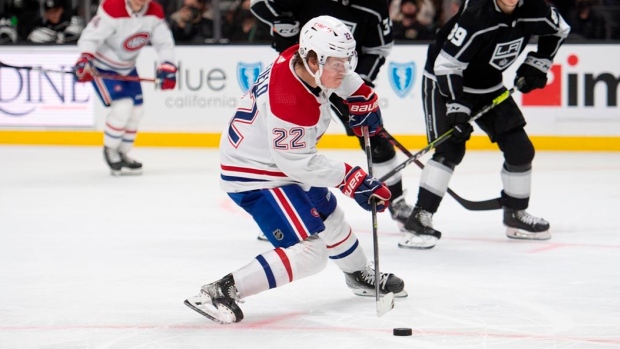 The Montreal Canadiens placed forwards Joel Armia and Cole Caufield were placed in the NHL's COVID-19 protocol on Tuesday.

The move comes one day after both players dressed in the team's 5-2 loss to the Arizona Coyotes. Caufield was minus-3 in 13:59 of ice time in the loss, while Armia was minus-1 in 14:26.

Armia, 28, has one goal and five points in 32 games this season.

The Canadiens (7-25-5) are scheduled to face the Dallas Stars on Tuesday night in the seventh of 10 straight road games.