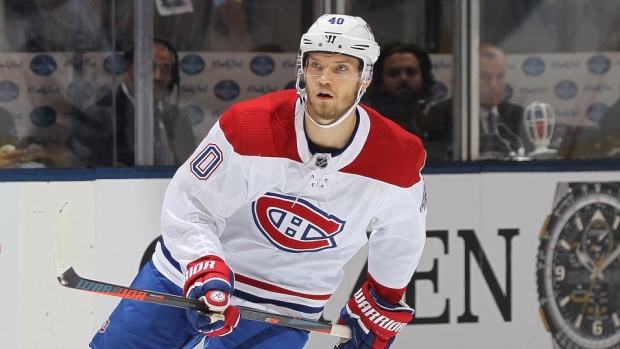 Marc Bergevin says Joel Armia was not on the ice this morning due to the NHL's COVID protocol.

Montreal will give more details on Armia's status Monday morning, but he will not travel with the Habs to Tampa Bay on Sunday.

This is the second time the 28-year-old has been placed on the NHL's COVID Protocols list. Armia was first placed on the list on March 22.

The native of Finland scored seven goals and added seven assists over 41 games this season and has added five goals and three assists over 17 playoff games.

Habs interim head coach Dominique Ducharme has been away from the team since Game 3 of their series against the Vegas Golden Knights after testing positive for the virus, but is targeting a Game 3 return against the Tampa Bay Lightning in the Stanley Cup Final.