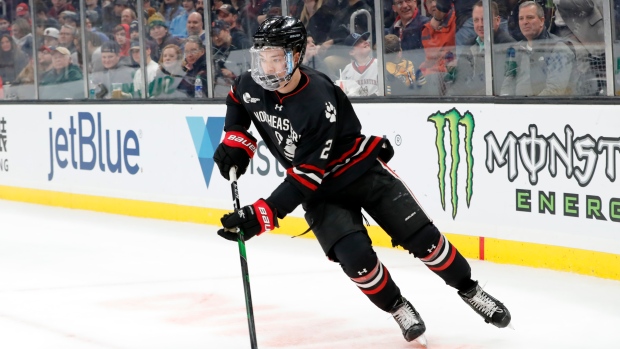 The Montreal Canadiens have agreed to terms with defenceman Jordan Harris on a two-year, entry-level deal, the team announced on Saturday.

Harris, 21, has five goals and 20 points in 39 games with the Northeastern University Huskies of the NCAA this season and has 13 goals and 64 points in his four-year NCAA career.

The Haverhill, Mass., native was drafted 71st overall in the 2018 NHL draft by the Canadiens.

The 5-foot-11 defenceman will wear No. 54 with the Canadiens.