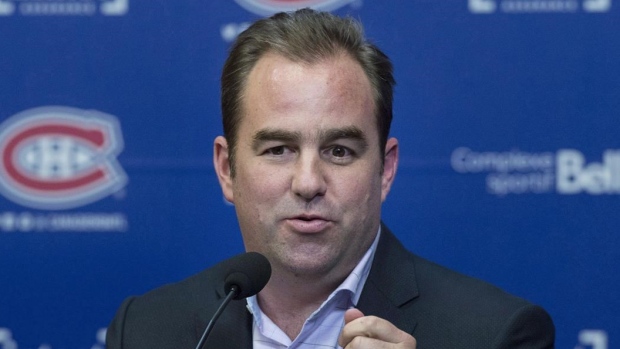 MONTREAL — The owner of the Montreal Canadiens says he understands the team disappointed fans by drafting a player who was convicted of taking and distributing an explicit photo without consent while playing in Sweden.

Geoff Molson says in an open letter that Logan Mailloux's actions last year "do not reflect the values" of the team.

He says there was no intention to harm the victim when picking Mailloux 31st overall in the NHL draft.

A letter from Geoff Molson.https://t.co/AurPe5pY6x

Mailloux was playing for SK Lejon in Sweden's third division last year when he was fined by a Swedish court after he was convicted of charges related to sharing, without her consent, a photo of a woman performing a sexual act.

In the wake of the fallout over Mailloux's pick, Molson says the team is developing a plan to raise awareness and educate young men and women about this issue.

Mailloux has been asked to not participate in the rookie or main training camp this fall.