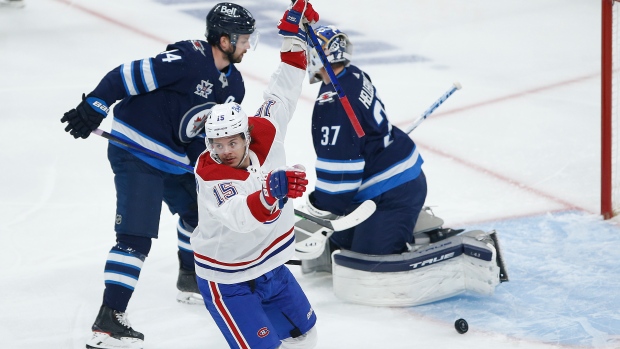 Jesperi Kotkaniemi, Ryan Poehling and Artturi Lehkonen were among the six players the Montreal Canadiens issued qualifying offers to on Monday.

The sextet are set to become restricted free agents.

Kotkaniemi, 21, was the third overall selection of the 2018 NHL Entry Draft and is coming off of his third season with the team.

He appeared in 56 games this past season, scoring five goals and adding 10 assists. The Finland-born centre also skated in 19 playoff contests where he scored five goals and added three assists in the Habs' run to the Stanley Cup Final.

Poehling, 22, was the 25th overall selection in the 2017 NHL Entry Draft. He split last season between the Canadiens and the American Hockey League's Laval Rocket. With the Habs, Poehling had a goal and an assist in 27 contests.

The 26-year-old Lehkonen is headed into his sixth NHL season. In 47 games this past season, the Finnish winger had seven goals and six assists. He also appeared in 17 playoff games, scoring three goals and adding an assist. He's played in 338 career games, all with Montreal.

Leskinen, 24, recently signed a two-year deal with Jokerit in his native Finland. By issuing the offer to the player, the Canadiens maintain his rights should he return to North America. The defenceman appeared in one game last season for the Habs.

Goaltender McNiven and winger Pezzetta have yet to make their NHL debuts.