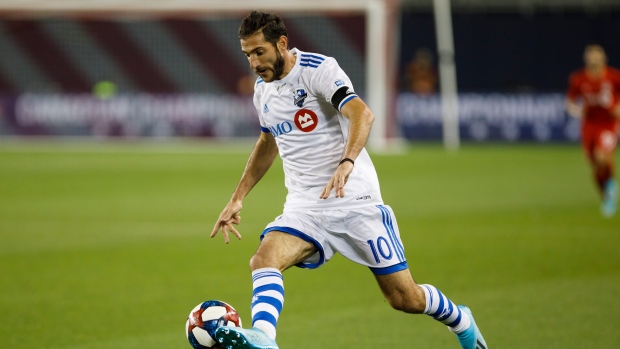 MONTREAL — The Montreal Impact and midfielder Ignacio Piatti have agreed to terminate his Major League Soccer contract, allowing the Argentine to sign with his former club.

The Impact announced the move in a press release Monday.

Piatti can sign a new contract with first division Argentine club San Lorenzo, the team he played with before joining Montreal in 2014.

"I would like to thank Nacho, personally and on behalf of our club, for his six years with the Montreal Impact," said owner and chairman Joey Saputo. "His professionalism, class and love for the sport, this club and this city have marked his time in Montreal. The thrilling moments he allowed us to experience and share through his play on the field will remain fixed in this club's history, as will his status as one of the greatest players to wear the Impact jersey.

"I wish Nacho all the best in his return to his homeland and look forward to welcoming him back as an alumnus once his playing days are over."

Piatti played six MLS seasons with the Impact, becoming the team's all-time leading goal scorer in all competitions with 78 goals.