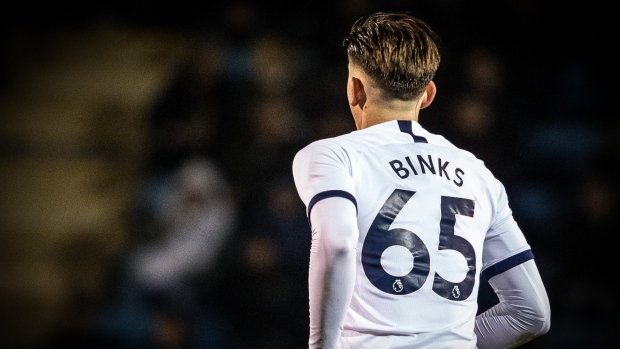 The Montreal Impact announced the transfer of centre-back Luis Binks to sister club Bologna on Thursday.

The Serie A side immediately loaned the 18-year-old Englishman back to the Impact until Dec. 31.

Both the Impact and Bologna are owned by the Saputo family.

"[Impact head coach] Thierry Henry and [sporting director] Olivier Renard believe in [Binks]," Bologna and Impact global sporting director Walter Sabatini said in a statement. "Acquiring him after arriving from Tottenham is a great addition. We had an opportunity to see his quality last winter during his first four games with the Impact and more recently in Florida, and we're excited for him to join us. This transfer once again demonstrates the synergy between the two clubs and the new philosophy in place in Montreal."

A product of the Spurs academy, Binks was signed by the Impact in February. He has made eight appearances for the club since his arrival.

Internationally, Binks initially represented Scotland at the under-18 level with his eligibility coming from a grandparent, but has since represented England.