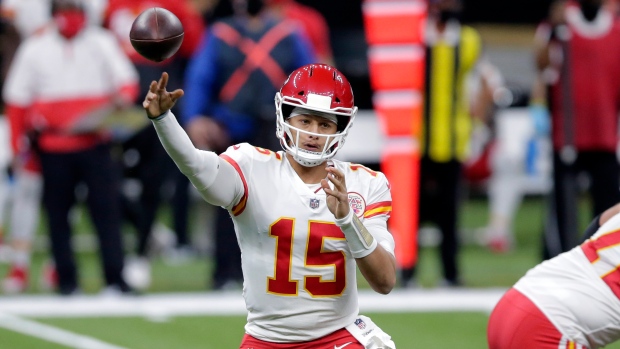 It’s the final countdown to the NFL Divisional Round playoffs.

In just over 24 hours, the Los Angeles Rams and Green Bay Packers will kick off the first of four games to determine the Final Four in the NFL.

The TSN Edge will have you covered with everything you need to know to get you ready for this weekend’s action.

NFL Divisional Round Set Up

When I picked the Kansas City Chiefs to beat the Green Bay Packers in the Super Bowl, it wasn’t exactly a hot take.

The Chiefs and Packers remain the betting favourites to reach the Super Bowl out of their respective conferences, with Kansas City now two wins away from going wire-to-wire as the championship favourite.

Obviously, both No. 1 seeds face potential upsets over the next two rounds. However, in terms of the paths of least resistance, I like my pick even more after the Wild Card round.

The Chiefs need wins over the Cleveland Browns and one of the Buffalo Bills or Baltimore Ravens to get back to the Super Bowl.

The Packers need wins over the Los Angeles Rams and one of the New Orleans Saints or Tampa Bay Buccaneers to get there.

Contrast that with the outlook of a team like Buffalo, which has been the second team in my NFL Power Rankings for more than a month now.

After hanging on to beat the Indianapolis Colts, the Bills will likely need wins over both Baltimore and Kansas City just to get to the big game.

New Orleans, which is fourth on my list, needs to beat Tampa Bay and most likely Green Bay before potentially facing off with the Chiefs in the Super Bowl.

Keep in mind that the last team that reached the Super Bowl without a first-round bye was the Ravens in 2012.

Home teams have produced a 28-8 record in the Divisional Round playoffs dating back to 2011.

I’ll take the Chiefs and Packers to win and advance to the championship round this weekend.

The other two games will provide much closer matchups on paper, but I’m not sure I’m ready to back either underdog.

Give me the Bills and Saints to advance as well, ensuring that the top four teams in my NFL Power Rankings reach championship weekend.

Our own Luke Bellus has a full breakdown of what you need to know for Saturday’s games here.

Make sure you check back in over the next couple of days for the latest from Davis Sanchez, Eric Cohen, Chris Amberley, Luke and me, including our best bets for the Divisional Round.

The Toronto Raptors got back in the win column with a 111-108 win over the Charlotte Hornets on Thursday night.

However, the Raptors failed to cover for the eighth time in 11 games this season, with a rough second half that led to a much closer finish than expected.

Toronto looked to be on cruise control, up 13 points heading into the fourth quarter, but was outscored 22-12 in the final frame.

To be completely honest, it was pretty incredible to see a 2-8 team listed as a 10-point favourite in the first place.

The fact that the Raptors own the worst record in the NBA against the spread should be enough to keep bettors away at least temporarily.

Toronto is back in action on Saturday night in a rematch with the Hornets.