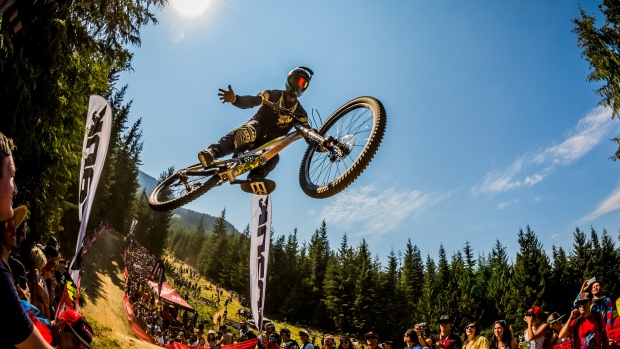 VANCOUVER — A popular mountain biker from British Columbia has died in Mexico.

A statement from Jordie Lunn's family says the 36-year-old was killed while trail riding in Cabo San Lucas with friends.

Global Affairs Canada says in a statement their sympathies are with the family and friends of the Canadian who died, and consular officials are providing help for the family.

The family says Lunn died from a head injury in a tragic accident.

They say Lunn had an incredible 20-plus year career as a mountain biker and he will always be cherished for the love that he gave to his family, friends and fans.

Lunn, who was originally from Parksville, B.C., had numerous mountain biking awards to his credit, including winning the national downhill championship three times and earning best trick winner at Crankworx in 2012.

A profile on the website of Rockstar Energy Drink, which was one of his sponsors, says he started BMX racing at age 11 and when he was about 15 his bother "dragged him out to a mountain bike race."