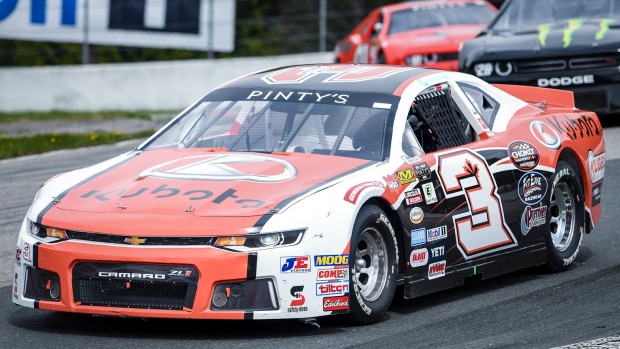 DAYTONA BEACH, Fla. – As a result of the ongoing pandemic, NASCAR has announced a revised 2021 Pinty’s Series schedule slated to start Sunday, Aug. 1 at Sunset Speedway. The season was originally set to open at Sunset on May 23.

The updated schedule features eleven races at seven tracks, all taking place in August and September. The season finale has moved to Delaware Speedway, but will remain known the Pinty’s Fall Brawl. The two-month delay allows progress to be made in the battle against covid-19. All events will be run in accordance with local, provincial and federal guidelines.

“We are thrilled to have a full championship season scheduled and look forward to crowning a Pinty’s Series champion following the Pinty’s Fall Brawl,” said Chad Seigler, NASCAR vice president, international business development. “We appreciate the hard work of government officials and industry partners, and the patience of our fans, as we planned the 2021 schedule. Our main goal is put on as safe an event as possible. We also look forward to returning to a more traditional schedule next year, including the long-awaited dirt race at Ohsweken Speedway.”

Races will air on TSN and RDS in Canada and MavTV in the United States. Start times and complete broadcast schedules will be released at a later date.