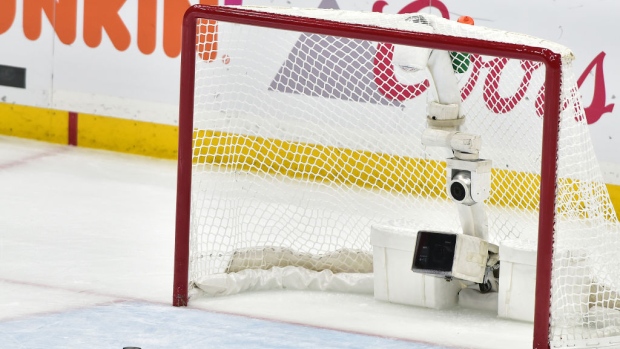 Tuesday's game between the Carolina Hurricanes and Nashville Predators is being postponed due to a COVID-19 situation within the Hurricanes according to TSN Hockey Insider Pierre LeBrun. The NHL later confirmed the postponement.

Hearing the Carolina-Nashville game tonight is postponed. Covid situation with the Hurricanes.

"The decision was made out of an abundance of caution to ensure the health and safety of players, coaches and game day personnel and in consultation with medical experts," the league said in a statement.

The NHL also said the rescheduled date will be "announced when available."

Carolina announced last Friday that captain Jordan Staal was being placed on the COVID-19 list. He has missed the team's last two games.

Warren Foegele, Jordan Martinook, Jaccob Slavin and Teuvo Teravainen are the four players who tested positive and have joined Jordan Staal on the list.

The Hurricanes defeated the Predators 4-2 in the first half of a back-to-back set between the two teams in Nashville on Monday.

Tuesday's game would mark the fifth postponed game this season in the NHL, after the Dallas Stars had four games postponed with 17 players testing positive for COVID-19 during training camp.

Both the Hurricanes and Predators hold 2-1 records through their first three games of the season and tied for second in the Central Division.