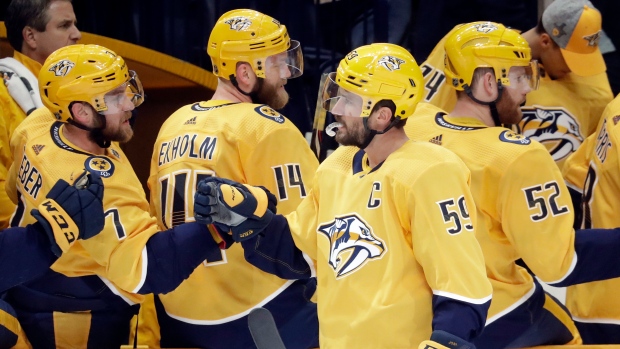 The contract will carry an average annual value of $9.059 million and includes $33.75 million in signing bonuses.

Roman Josi has signed an eight-year max deal worth just north of $9 M AAV per season, making him the third-highest paid D in the NHL. Believe the deal also includes a full NMC which Nashville never gives out. Front loaded structure.

Josi, who has five goals and 13 points in 11 games this season, is in the final season of a seven-year contract signed in 2013, which carries a $4 million cap hit. He leads the Predators with an average of 24:31 of ice time per game this season.

The extension is also believed to include a full no-move clause through 2027-28. With Josi extended, the Predators now have Ryan Johansen, Matt Duchene, Kyle Turris, Viktor Arvidsson, Colton Sissons and fellow defenceman Ryan Ellis all signed through at least 2023-24.

The 29-year-old has spent his entire career with the Predators since being selected 38th overall by the team in the 2008 NHL Draft.