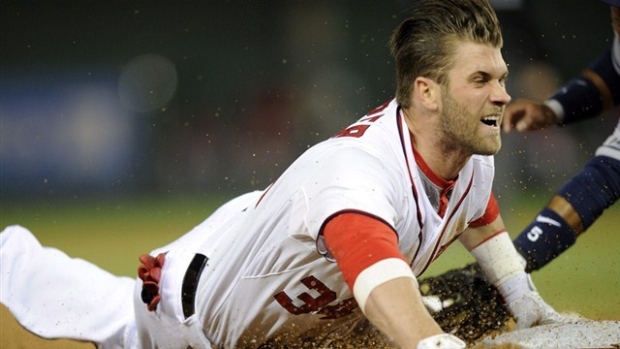 Washington, DC (SportsNetwork.com) - The Washington Nationals will have slugger Bryce Harper back in the lineup when the team begins a three-game series with the Colorado Rockies on Monday.

Harper was reinstated from the 15-day disabled list and is expected to play in his first major league game since he tore the ulnar collateral ligament in his left thumb against San Diego on April 25.

The 2012 National League Rookie of Year underwent surgery shortly afterward and pronounced himself ready to return by swatting three home runs in a rehab appearance with Double-A Harrisburg on Saturday. Harper went 9-for-14 with four homers and 11 RBI in five overall games during the rehab stint.

Prior to being sidelined, Harper hit .289 with one homer and nine RBI in 22 games.

Relief pitcher Xavier Cedeno was optioned to Triple-A Syracuse to make room for Harper on the active roster.

The Nationals open a six-game homestand Monday trailing the Atlanta Braves by a half-game for first place in the NL East.