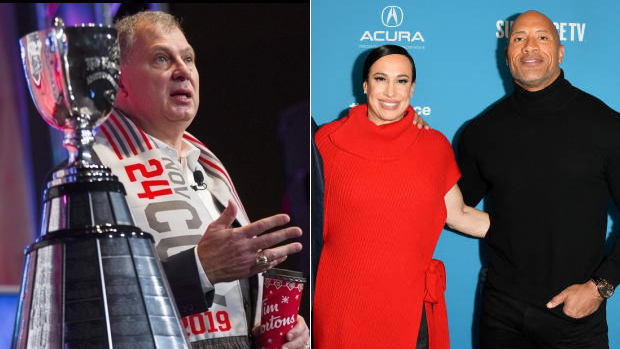 If the CFL/XFL talks ever result in cross-border football, there will inevitably be comparisons to what the Canadian Football League did more than a quarter century ago during its ill-fated U.S. expansion phase.

But before we go there, let’s recall how calamitous a time that was for the league, and all the missteps along the way.

The CFL was going broke, having stumbled through the latter part of the 1980s amid a rapidly changing environment of television and entertainment.

Not unlike today, revenues had plateaued, and the league had no apparent way to grow them within Canada.

U. S. expansion wasn’t so much a strategy but a means of survival.

And what a time it was.

The first two expansion franchises – the Sacramento Gold Miners and San Antonio Texans – were announced with great fanfare during the winter leading up to the 1993 season. That was until a few days later when San Antonio pulled out, embarrassing both the league and then-commissioner Larry Smith.

The truth at that time was if you were a U.S. businessman with $3 million in your pocket and a lease for a stadium, you were in the CFL.

A plan that was originally focused on U.S. border cities with familiarity and proximity to Canada and Canadian television was tossed out the window when more would-be owners emerged from places such as Memphis, Birmingham, Shreveport, La., and Las Vegas.

The CFL once called a news conference to announce an Orlando franchise, including booking a satellite feed to beam the good news back to Canada. But when the moment came, the feed showed only an empty podium. And then eventually colour bars and tone.

It turned out the guys with the money hadn’t shown up and the league had to pull the plug on the spot.

Franchises were awarded and then started play just months later.

In Las Vegas, owner Nick Mileti bragged that every game would be sold out before drawing what proved to be a season-high 12,000 on opening night of a 30,000 seat stadium.

By late in the season, the stadium was virtually empty for home games and the Posse finished the 1994 season playing its final “home” game on the road in Edmonton.

What little interest the other teams generated faded over the summer and then dropped off a cliff after Labour Day, when college and NFL seasons began.

The games were on ESPN2 but most of the CFL’s American markets didn’t have access to what was then a fledgling network.

The CFL’s lone success story in U.S expansion was in Baltimore where anti-NFL sentiment over the loss of the Colts fed a fervour for Canadian football that died the moment the Browns announced they were leaving Cleveland to become the Ravens.

All the goodwill built up in Baltimore by two consecutive trips to the Grey Cup, including becoming the first American team to win Lord Grey’s trophy in 1995, wasn’t enough to save the team.

Overall, instead of a grand plan to grow revenues in the U.S., the league wound up with a bunch of disjointed franchises in various parts of the country that did nothing for the league’s bottom line beyond the expansion fees.

All of it apparently had far more appeal than watching CFL football.

The truth is the three-down game didn’t get the respect it deserved in large part because – as one beat writer for a U.S. expansion team lectured me at the time – “Americans are not dissatisfied with their football.”

He was right. Four-down football – college or pro – is the most popular sport in America. It’s not even close. Trying to improve on that was like trying to hit a tiny target that might not even exist.

Perhaps that’s why so much of the rumble about a potential CFL-XFL merger leans heavily on the chances of it being a four-down game, despite the heresy that represents to traditional CFL fans.

But let’s hope that won’t be the only thing that’s different this time around if Canadian football teams are to once again play in America.