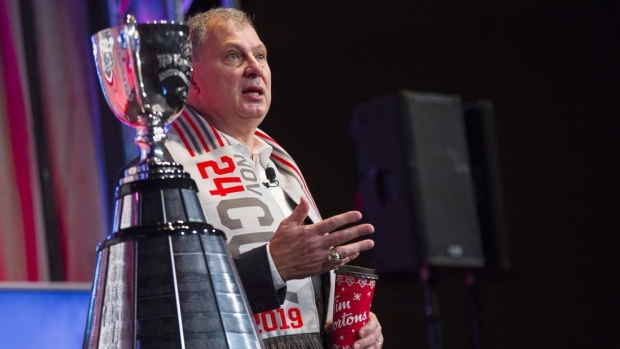 The Canadian Football League has been outrageously quiet since it pulled the plug on its season more than two months ago, leaving behind a wake of speculation about where things are headed next.

With the reality setting in that COVID-19 is likely to still be around in some form next summer, there is real concern about what the 2021 season might look like or if it will occur at all.

There are teams that believe it is vitally important to play in 2021 and that without a season the CFL is in danger of being mothballed. Whether every team believes that is another question. And there is a lot to sort out before anyone can accurately predict what a season might look like and how much pain the teams are collectively willing to stomach to make it happen.

The league and its franchises are currently running through various scenarios for next season, trying to get a handle on true costs of each and working at ways to trim budgets and save money. That’s likely to continue until the league can truly choose a course of action, which feels like next April at the earliest.

Why? Well, there’s not much point in fully committing to a scenario that’s seven months away if that scenario might be totally unrealistic by the time you get there.

There has been no 2021 business plan presented yet, only regular updates to the presidents and governors about what the league is doing to prepare for the unknown.

It should be noted that teams will need to make decisions about retaining assistant coaches with expiring contracts by December, which will be the first real economic commitments to a 2021 season. Restrictions on signing players will need to be lifted well before the opening of February free agency, where players are likely to meet a cautious market – one in which signing bonuses will probably be absent.

There’s a collective bargaining agreement to amend, if not renegotiate, with the players, which will require some kind of pressure point because it always does. But the league can’t sit down with the players until it gets a true handle on revenues and it can’t do that until it chooses a course of action.

Will CFL teams be allowed to have full stadiums next summer? It doesn't seem likely. But just what percentage of capacity will be allowed – if any at all – is impossible to guess. It seems as if the league is counting on the restrictions that currently prevent fans from being in stadiums being lifted. But to what degree?

When will we see a schedule? Good question. Or could we see multiple schedules for different scenarios? Never say never.

The point is no one knows, so demanding answers to questions that can’t possibly be answered right now is a waste of time.

All we know is that there’s going to be a lot less revenue for teams to operate with under any scenario, not just because of crowd restrictions but also due to older fans choosing to stay home for their safety. The CFL’s fan demographics do it no favours in this regard.

Getting consensus on a best course of action won’t be easy for the CFL’s nine teams. Back in the summer, there were teams that were willing to play without government support and teams that weren’t. And just like then, the biggest challenge commissioner Randy Ambrosie faces now is finding a scenario they can all live with.

Adopting a revenue-sharing model so that each team absorbs the same amount of red ink would certainly make consensus-building easier, which many believe should be the direction for the future, COVID-19 or not.

The other elephant in the room is federal government, which many in the CFL believe left it high and dry last summer after months of back-and-forth talks where the league believed it was making progress.

Is the CFL prepared to go down that road again, knowing it doesn’t control the timeline and larger forces can change things in an instant? Perhaps, although it’s not as though the feds don’t have a long list of people coming at them with their hands out.

There will be voices demanding the owners suck up the losses of playing a season under any circumstance, as owners have done in other sports. But the business calculation in sports such as MLB, NFL, NHL and NBA is different because of the percentage of revenues those leagues derive from television.

Losses sustained by playing in those leagues can also be viewed as investments towards protecting massive franchise values. That’s not the case in the CFL, where teams can’t just float money on the backs of their franchise values, and where one third of the teams are publicly owned.

It would be beneficial for the league to soon announce its formal commitment to play some kind of season in 2021.

But beyond that, get ready for months more of waiting with lots of questions and speculation but very few answers.