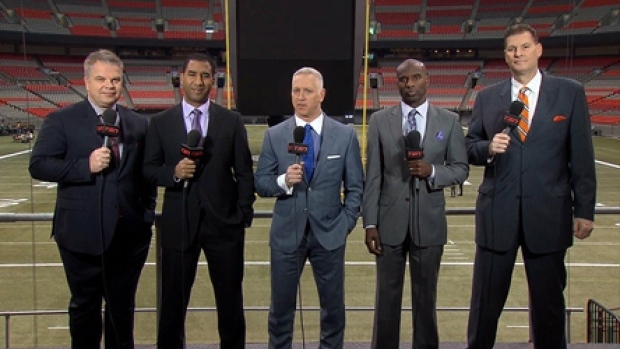 The 102nd GREY CUP airs live this Sunday, Nov. 30 at 6 p.m. ET on TSN (visit TSN.ca for a complete rundown of how to tune in our multi-platform coverage). While we've shared a lot about our coverage of the game, there is plenty of behind-the-scenes work that goes into making the Grey Cup one of the biggest television productions in Canada. Here is just a sampling of the people and production elements that will help to bring the 102nd GREY CUP to life.

TSN has a crew of 160 people in Vancouver to cover the 102nd GREY CUP including game host James Duthie, who is working his first Grey Cup since 2000 after joining the CFL ON TSN team earlier this season. 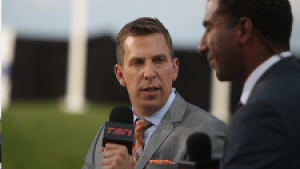 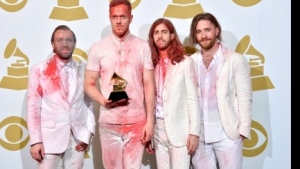 TSN's broadcast of the 102nd GREY CUP can be seen in more than 94.8 million homes in the United States on ESPN2. The game will also be available to Canadian Forces members deployed overseas via the Canadian Forces Radio & Television.

Brian Williams has interviewed 10 CFL Commissioners and Presidents on Grey Cup Sundays over the past 40 years. This will be Williams' last Grey Cup interview with Mark Cohon, who is stepping down as CFL Commissioner after eight years on the job. 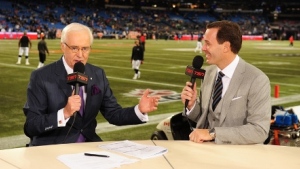 TSN will use 33 cameras to cover game action during the 102nd GREY CUP – almost double the number used for a regular season broadcast. Along with delivering live streaming of the television broadcast, TSN GO lets fans choose from four different camera angles – including the overhead cable camera – to watch the big game, giving them unprecedented control over their Grey Cup viewing experience. 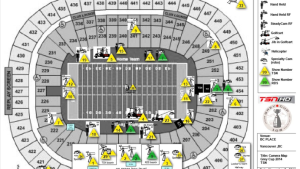 TSN will use close to 10,000 metres of camera cable to broadcast the 102nd GREY CUP, which is equal to nearly 100 CFL football fields.

Though retired as a professional athlete, CFL ON TSN analyst and Canadian Football Hall of Famer Milt Stegall will work out every single day during Grey Cup week. Stegall's fitness is on full display in a recently shot Nike-esque auto commercial. He's still got it!

"In a game this big, you need to balance your storytelling approach. The level of game intricacies that would work perfectly during a regular season game just won't work in the Grey Cup. You need to strike a balance and keep both your hard core football fans and casual fans entertained. That's by far the biggest challenge." 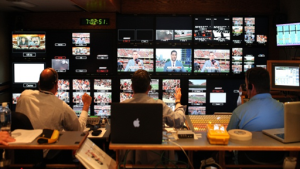 Grey Cup broadcasts on TSN account for 5 of the Top 7 most-watched programs to ever air on specialty television in Canada.  The historic 100th Grey Cup remains the most-watched Grey Cup on record, averaging 5.4 million viewers throughout the broadcast.

Chris Cuthbert has called more than 850 CFL games throughout his 30-year broadcasting career. This Sunday, Cuthbert will be inducted into the Canadian Football Hall of Fame's Media Wing before calling his 16th Grey Cup alongside analyst Glen Suitor. 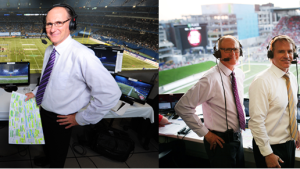 The combined weight of the CFL ON TSN panel of Rod Smith, Jock Climie, Matt Dunigan, Milt Stegall, Chris Schultz, and Paul LaPolice is 1386 lbs. The combined number of Hall of Famers on the panel is two and the total number of Grey Cup rings is four. 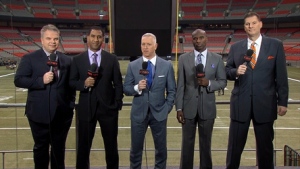