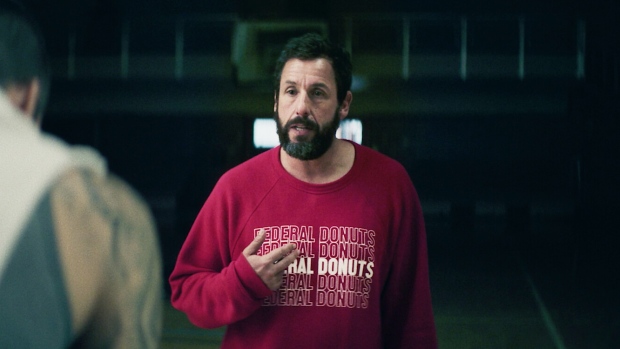 Sandler plays Stanley Sugerman, a scout for the Philadelphia 76ers who dreams of being an NBA coach. Instead however, Sugarman finds himself stuck traveling the globe searching for the next unknown talent, often at the expense of spending quality time with his family. It’s a tale of being at odds with work-life balance as he tries to be present for his wife Teresa (Queen Latifah) and their daughter, though his demanding job often gets in the way.

LeBron James serves as a producer through his SpringHill Company while Jeremiah Zagar directed the film.

Hustle debuts on Netflix on June 8.