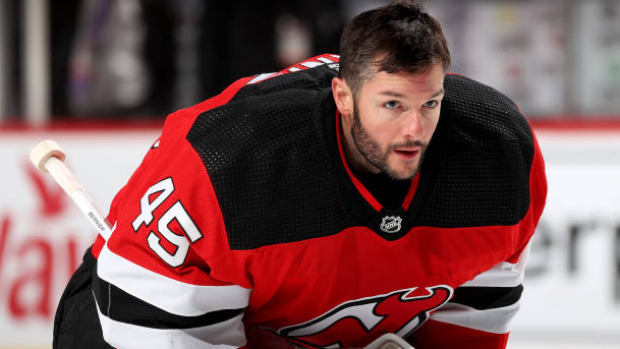 The 33-year-old goaltender was placed on injured reserve Friday after dealing with the injury throughout the season.

#NJDevils Lindy Ruff says he's "worried and concerned" for the long-term health of goaltender Jonathan Bernier who was placed on IR today.

The injury surrounds his hip, which he has been dealing with all season.

Bernier has a 4-4-1 record with a .902 save percentage and a 3.06 goals-against average this season with the Devils, his first with the team.

Bernier has a career record of 165-163-40 with a .912 save percentage and a 2.78 GAA in 403 games with the Los Angeles Kings, Toronto Maple Leafs, Anaheim Ducks, Colorado Avalanche, Detroit Red Wings and Devils.