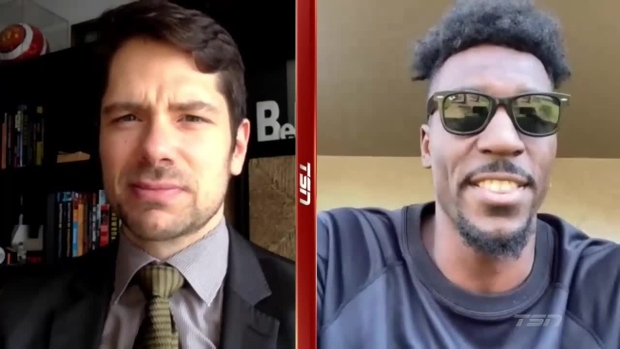 With the CFL postponing training camps indefinitely due to the ongoing COVID-19 pandemic last week and the possibility the season will be postponed as well, new Montreal Alouettes running back James Wilder said he still wants to play as many games as possible this year, and would be ok with a half-season schedule.

"I hope we have as many games as we can have, with it being safe (to play)," Wilder told TSN’s Matthew Scianitti. "I would be ok with (a half season). It’s not going to be normal, it’s not going to be 18 games with what it’s looking like right now with everything getting pushed back. I don’t think there’d be anybody out there that would say, ‘I’ll just sit out the full season.’ I’d rather have a half-season and make the best of the situation we have."

Wilder said players have to be realistic about expectations for the upcoming season with the ongoing pandemic, but at the same time said if he were commissioner, he’d still plan to play if and when it was safe to do so.

"Hopefully this thing gets fixed and we can get going but we have to look at it through a realistic lens. If I’m the commissioner, I’m saying, ‘hey, whenever it gets fixed, within our season timeframe, we have to pick up.’"

"That’s his (CFL Commissioner Randy Ambrosie’s) job for a reason. I just sit back and wait for the information. But if I was that guy I would say we’re going to at least have a half season. We’re going to do what we have to do to get this season in. Players want it, coaches want it, fans want it, everybody wants it. We just have to wait and figure out when it’s safe to do so. Health is the first objective."

The 27-year-old Wilder spent the first three seasons of his CFL career with the Toronto Argonauts, finishing last year with 464 rushing yards and 415 receiving yards, before signing with the Alouettes earlier this off-season.

One of the challenges every league has run into this off-season is trying to get new additions up to speed with a new playbook and culture while also adhering to social distancing guidelines. Wilder said he got together with some of his new teammates before the pandemic and is now continuing to form those bonds over group messaging.

"Now, we’re back in our home states … but we’re definitely keeping a tight bond on group messaging. If we have questions going over plays together, with the running backs sticking together, going over things, receivers doing the same things, and then we come together in the group message ran by Vernon. We just make sure we’re all on the same page if we’re watching film or if we have any questions."