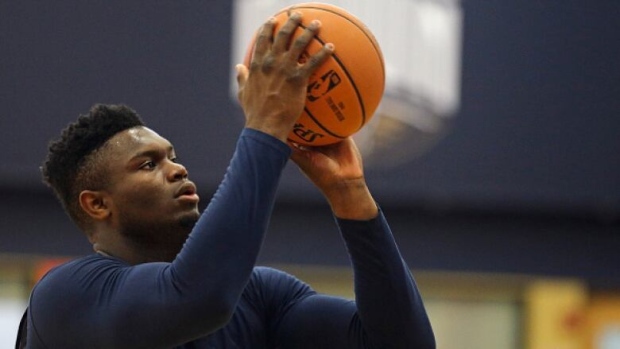 Rookie Zion Williamson may finally be set to make his NBA debut.

After having sat out all of the New Orleans Pelicans' games this season due to a knee injury, Pelicans executive vice-president of basketball operations David Griffin said on Wednesday he anticipates Williamson, who was the first-overall pick of the 2019 draft, to make his NBA debut on Jan. 22 when New Orleans hosts the San Antonio Spurs.

David Griffin anticipates that Zion Williamson will make his debut at home on 1/22 vs. San Antonio.

Williamson, 19, who played in four preseason games with the Pelicans, flashed some of the talent that resulted in him being selected No. 1 overall last summer out of Duke during the exhibition contests. Over his preseason appearances, Williams averaged 23.3 points and 6.5 rebounds while shooting a staggering 71.4 per cent from the field.

Williamson was the biggest star in college basketball in his lone collegiate season at Duke. He was named the consensus Player of the Year for his part in helping the Blue Devils reach the Elite Eight round of the 2019 NCAA tournament.

Through 41 games this season, the Pelicans (15-26) currently have the second worst record in the Western Conference.