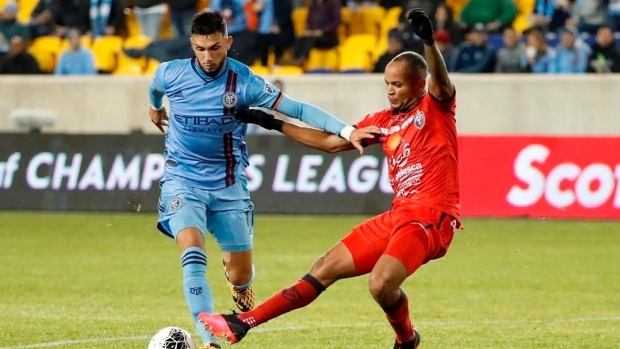 The announced crowd for Wednesday night's game was 4,396 in the 25,000-capacity stadium. The team said that figure was tickets distributed and the actual attendance was about 2,700.

NYCFC's home has been Yankee Stadium in the Bronx since it launched in 2015, and the team has been trying to put together a deal for its own venue. This game was played at the home of the rival New York Red Bulls.

One game in each of the past two seasons was moved to the Mets' Citi Field in Queens because of baseball conflicts and four are scheduled to be played there this year. One game in 2016 was moved to Fordham's Coffey Field and one in 2017 to Rentschler Field in East Hartford, Connecticut.

NYCFC is majority owned by City Football Group, also the parent of England's Manchester City. CFG is controlled by of Abu Dhabi United Group and owned by Sheikh Mansour bin Zayed Al Nahyan. The Yankees are a 20% partner in NYCFC.

NYCFC won 1-0 to advance 6-3 on total goals and will play Mexico's Tigres in the quarterfinals, at home from March 10-12 and on the road the following week.