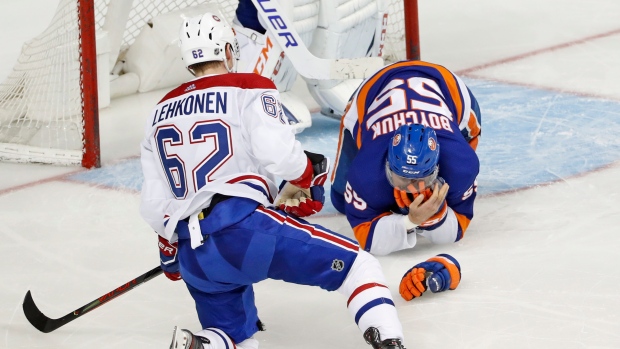 According to broadcaster Colby Cohen, New York Islanders defenceman Johnny Boychuk reportedly "has a bad cut but his eyesight is okay" after taking a skate blade to the face during Tuesday's game against the Montreal Canadiens.

Johnny Boychuk is a great human being. This hurts to watch. I’m told he has a bad cut but his eyesight is okay. 🙏🏼🙏🏼 #Isles https://t.co/lD9mAU6soY

At the 11:18 mark of the third period, Habs forward Artturi Lehkonen's skate came up as he was falling and hit Boychuk in the face. He dropped to the ice holding his face before immediately heading to the dressing room.

The Islanders lost 6-2 to the Habs, their fourth loss in a row.

In 63 games this season, Boychuk has two goals and 11 points.