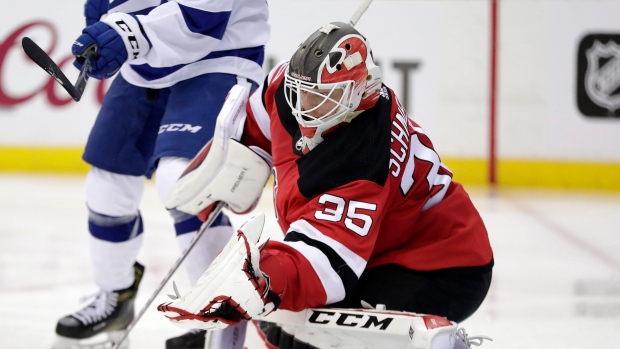 New York Islanders general manager Lou Lamoriello confirmed on Thursday that the club had signed a trio of veterans ahead of the team's training camp.

Goaltender Cory Schneider, forward Matt Martin and defenceman Andy Greene have all been signed by the club and will be present for the opening of camp. No terms of any of the deals were disclosed.

#Isles Lou Lamoriello says Andy Greene, Matt Martin and Cory Schneider have agreed to deals and will be in camp to start.

TSN Hockey Insider Pierre LeBrun first reported the team would sign Schneider only days after the 34-year-old netminder was bought out by the New Jersey Devils in October. The native of Marblehead, MA appeared in 13 games for the Devils last season, posting a 3-6-2 record with a goals against average of 3.53 and a save percentage of .887.

Schneider is a veteran of 409 NHL games over 12 seasons with the Devils and Vancouver Canucks.

Martin, 31, heads into the third season of his second stint with the team. The Windsor, Ont. native appeared in 55 games for the Isles last season, scoring five goals and adding three assists.

A fifth-round pick in 2008 by the team out of the Ontario Hockey League's Sarnia Sting, Martin has appeared in 692 career games over 11 seasons with the Islanders and Toronto Maple Leafs.

The 38-year-old Greene heads into his 16th NHL season after having arrived in Long Island at the 2020 trade deadline. He chipped in three assists in 10 regular season games with the team last season and played in 21 playoff contests.

Prior to joining the Islanders, Greene had spent the entirety of his NHL career with the Devils.