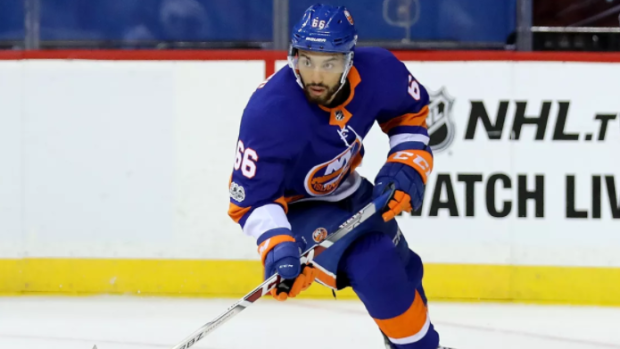 Busy night. We didn’t get to Josh Ho sang who continues to skate and train in Toronto while awaiting a trade from the Islanders. Sounds like Lou is working on it. https://t.co/LFG7dv8Shu

Ho-Sang, who continues to skate and train in Toronto, requested a trade from the Islanders at the start of the season. The Islanders told the 23-year-old not to report to the Bridgeport Sound Tigers, the Islanders' AHL affiliate, while the team attempts to meet his request.

Ho-Sang was placed on, and subsequently cleared, waivers earlier this month after failing to crack the team's 23-man roster.

Ho-Sang appeared in 10 games with the Islanders last season, scoring one goal and adding one assist. Drafted by the Islanders 28th overall in 2014, he has seven goals and 17 assists over 53 games in three seasons.