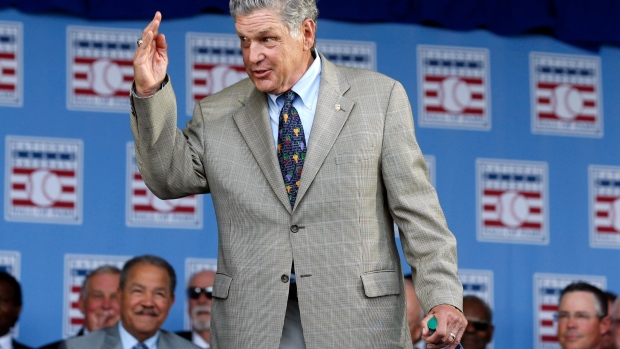 NEW YORK — The New York Mets will honour the late Tom Seaver by wearing a “41” patch on their home and away jerseys this season.

The Mets announced Monday they’ll pay tribute to the Hall of Fame pitcher by putting his number on the right sleeves of their uniforms.

The right-hander is the Mets career leader in wins, ERA and strikeouts. He earned three Cy Young Awards during his 12 seasons with New York and pitched the Mets to their first World Series championship in 1969.

The Mets retired his number in 1988 and he was inducted into the baseball Hall of Fame in 1992.

In 2019, the Mets changed the address of Citi Field to 41 Seaver Way. The team plans to unveil a Seaver statue at the ballpark this year.